Lung cancer is one of the most common types of cancer and, overall, the number one cause of cancer deaths in the U.S. Contrary to popular belief, not only heavy smokers are at risk. Changes to your voice can give away the presence of this disease. Read on to find out more.

Common symptoms of lung cancer, like a persistent cough, bloody or rust-colored phlegm, and chest infections, may immediately make you feel alarmed. Wheezing or shortness of breath will also likely mean a trip to the doctor. However, a less-known symptom is easy to disregard even though it’s audible when you speak: a hoarse voice can also point to lung cancer.

What does a hoarse voice have to do with lung cancer? The answer is simple: a tumor in your lung (typically your left lung) can press on your laryngeal nerve, making it weak or paralyzing it. The result can manifest in different ways. Your voice may turn raspy or husky, but it might also simply sound breathy, weak, or strained.

Lung cancer is not the only condition that can cause a hoarse voice. Even simple environmental changes, like humidity, can irritate your vocal cords. However, issues like irritation typically don’t last long. Ultimately, if you notice persistent voice changes, you might want to consult your doctor.

If you’ve noticed that your voice sounds tired or otherwise different than normal, the symptoms shouldn’t be brushed aside. Early diagnosis of lung cancer is paramount for a positive outlook. 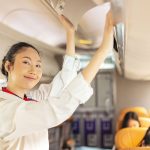 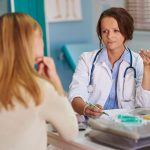